There is nothing like waiting till the 31st of Oct to carve your pumpkins. 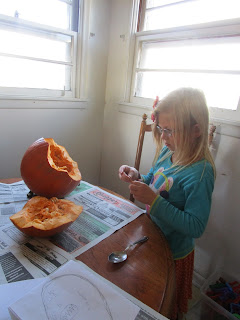 Dezzi did a great job cleaning out her pumpkin and making sure that each dead was saved so we could bake them later. 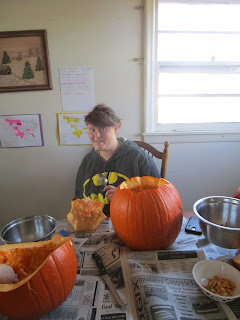 Our dear friend Ruthie joined us for the fun. 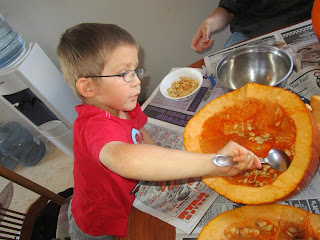 Lucas worked and worked to get his guts out of his pumpkin. 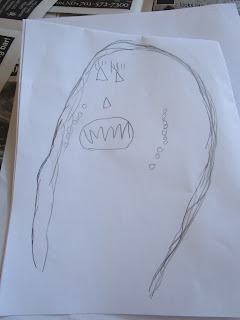 I had each of the kids draw a picture of what they wanted their pumpkin to look like.
This is Dezzi's. 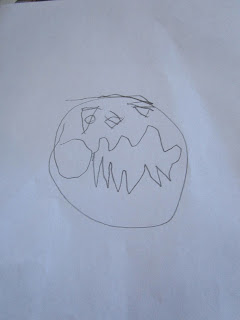 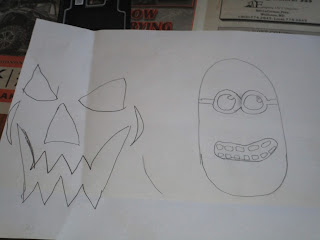 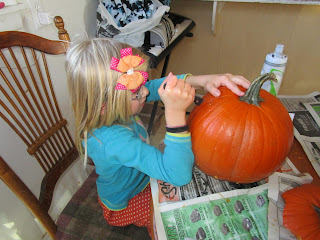 This year Dezzi carved most of the pumpkin all by her self. She was very careful. 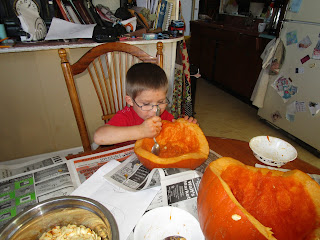 Lucas still cleaning out his pumpkin. 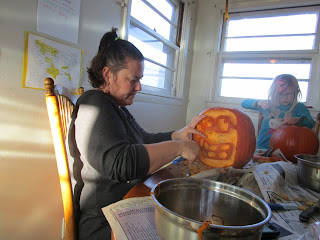 I was carving Ruthie's pumpkin because she was a little sore from being in a car accident  just a few days prior. 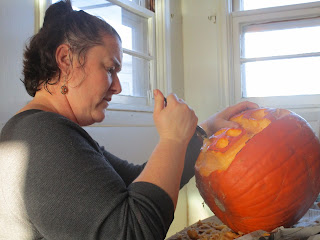 a
I always find it fun to create something with my hands. 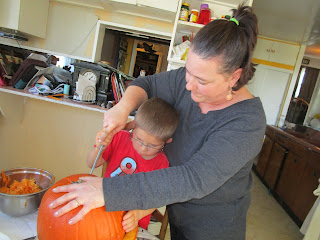 I helped Lucas carve his pumpkin. 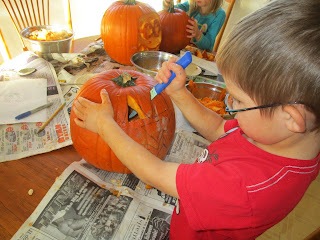 He tried a few cuts on his own. 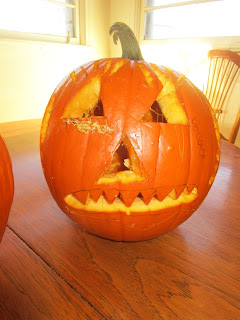 This is Dezzi's finished creation. Do you think it looks like her picture? 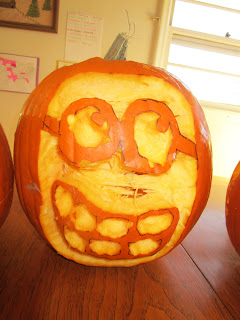 Ruthie's creation carved by yours truly. 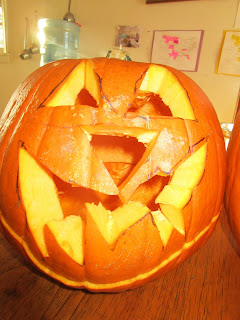 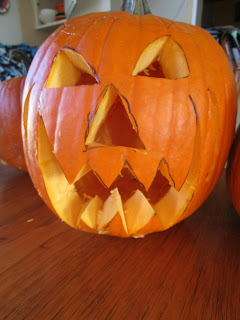 and finally the back of Ruthie's pumpkin. 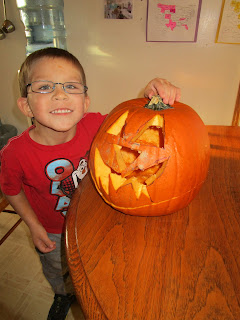 They were so proud of their pumpkins. 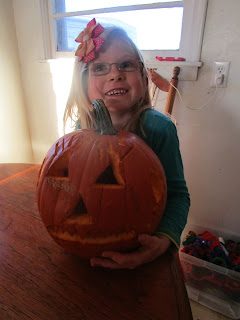 and rightly so I believe. 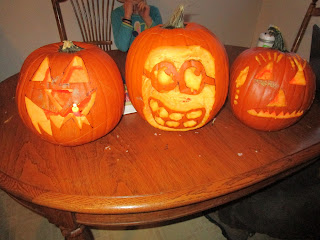 The pumpkins all a glow. 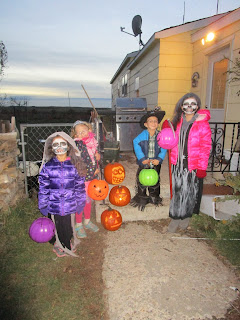 Here we are ready to go trick or treating with our friends Abby and Loraine. 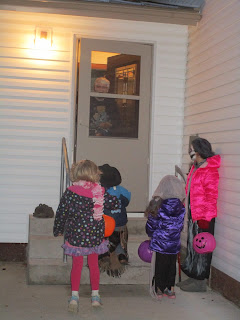 They were so excited. 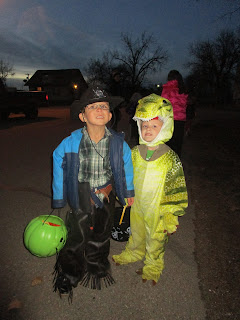 Along the way we picked up Lucas's friend Toby. He was the cutest T-rex. 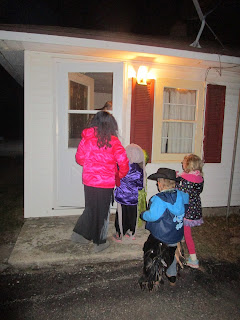 The weather was great for walking door to door. We visited 12 houses and the kids cad home with their pumpkins full.
We on the other hand only had 11 or so kids come to our home and two of them were our own,  Now we have more than enough candy to last us for a long while.
Sing Praises to your King!